Warning: Use of undefined constant ENVIRONMENT - assumed 'ENVIRONMENT' (this will throw an Error in a future version of PHP) in /home/customer/www/baglabs.com/public_html/wp-config.php on line 58
 TCorner: Look ma, I'm a coder! - Bag Labs
Skip to content 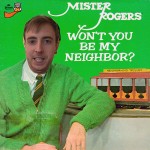 Practice makes perfect! Isn’t that the cliche? Well it is certainly true of front end development languages. I graduated from Georgia State University with a degree in drawing and illustration, far far from understanding how computers work and the languages they speak. I was given an opportunity at Brown Bag Marketing to learn user experience design and showed an aptitude for it. After becoming acclimated to our marketing agency I saw a need to be able to communicate with developers who were turning my designs into functional systems. During the summer of 2015 I began learning and practicing HTML and CSS code through online resources. I quickly fell in love with both languages. I knew that I wanted to work towards becoming a front end developer. A front end developer codes for client facing websites and applications. They code what a user can see and ultimately interact with. I bought some great books on HTML/CSS and Javascript by Jon Duckett and began studying lessons on codecademy.com. In my time outside of work I kept learning, kept practicing and kept researching. These computer languages I began to see were no different than any spoken language. They define their own set of standards, rules and best practices and in order to retain the information you have to stick with them. As with anything new and unfamiliar I was constantly intimidated and overwhelmed but I took the learning one day at a time, and since I began, my knowledge has grown exponentially.

As someone who grew up always sketching and thinking creatively, I expected developers to be the exact opposite but that is absolutely false. I can be as creative as I want with front end languages and there is nothing quite as rewarding as seeing code you have written turn a blank webpage into a beautiful, functioning one. I have also felt more welcomed and supported by the development community than the artistic one. If I am ever in over my head and I can seek help almost immediately from the community online. The vast majority are there to help and have no problem looking through my code to find errors. It is comforting knowing that I am not left alone to dwell on problems I have.

As a 25 year old in a technology driven world I can say that it has never been more important for young marketing professionals to learn how to read and write basic code. These skills will not only benefit your resume, but being able to communicate between teams on the job will make you a valuable asset. It is never too late to learn something new. Below Are some online resources that I have taken advantage of in learning front end languages.